A couple of Sundays back I was sitting in Church , listening to yet another brilliant sermon by my pastor, when he declared that young men must stop treating their girlfriends like prostitutes! This obviously grabbed my attention and I was like!!! He basically went on to say that when you do something for your girlfriend and then expect something in return (men always expect sex) are you not treating her like a prostitute? This got me thinking….

Building on from my previous blog titled “The day Ne-yo sold us the greatest dream” (https://loveselfbeautiful.wordpress.com/2014/05/30/the-day-ne-yo-sold-us-the-greatest-dream/ ), I said that the miss independent in the song would not need a man, or want one. Since men who go out looking for miss independent but don’t find her (because she is a spinster), end up “settling”; what happens is he ends up feeling a sense of entitlement to certain things from women, because he believes that things are imbalanced and that he is a greater asset to you than you are to him. When that thought couples with you demanding or requesting things; it changes the dynamic of your relationship and alas you become a “prostitute”. He sees how happy you become when you receive all of this and you see how happy he becomes when you “thank him” 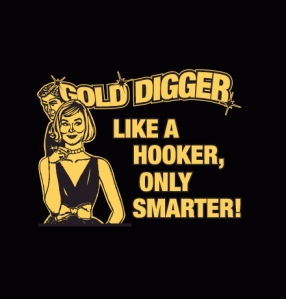 A piece of me dies inside every time I see or hear a woman ask a man to get her something she cannot get herself. The reason why it hacks me is because she has ruined it for not only the guy but for the women. When “Miss right” comes along, she will not be asking for weaves and shoes and clothes and for her rent to be paid, she will obviously possess traits of greatness such as: standards, ambition, a good sense of self, a goal, a plan and independence (only naming a few) now because of his previous experience he will still have that mentality that “I took you out so thank me” or “I bought you this so thank me”. When she does not act according to his norm, instead of the man being relieved, he will interrogate and test her, trying to find out if she really is there for him or for all these material things he has that he believes she can see. The scarcity of great women is so alarming… we have gotten to a point where men cannot even recognize and treat a great woman accordingly. They have been with so many sub- par individuals that it baffles them when they meet a woman who is celibate, who is so focused on her future that she has no time for casual dating, or low and behold; is a virgin *dramatic gasp*! You hear from these same men, who are tired of dating women with no vision, go on and on about how stupid or self-absorbed a focused woman is. They will tell you they love how you’re waiting for the one and a few weeks later THEY ARE THE VERY ONES TRYING TO GET INTO YOUR PANTS. Like. Wasn’t I clear about my standards? 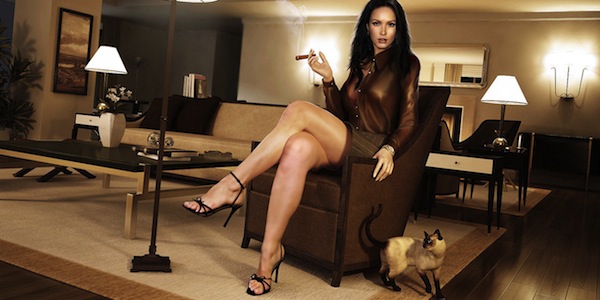 Moving right along, it is true that life is kinder to attractive people (especially women) so if you could redirect your hustling efforts, life would be so much easier for you… a man, just like a woman, does not owe you anything. When you ask for something you cannot get yourself, you will need to pay a man in ways he cannot remunerate himself. If you cannot afford to take yourself out to Pigalle, do not expect someone else to. If you cannot afford Christian Louboutins or a R4 000 weave, go without all of these things. Your body is worth more than the trivial things you desire sooo much. Don’t be that girl. Don’t be a new café campus square giiiiiirl! Don’t be a “ buy me a Brazilian weave girl” don’t be a “ I need airtime girl” Great women get their own! There is nothing great about getting attention from men who have absolutely no desire to make you a wife! You want to be a wife don’t you? You want to have a power couple vibe don’t you? You want to be treated like royalty don’t you?? Then act it!! Men treat us the way the see us treating ourselves, not the way we ask to be treated. A great woman defines herself by what she brings to her table. Nothing else.

So if you want to be a great woman; here are the top 5 mistakes I believe most women do that prevent them from becoming GREAT women: